I've been in far too many discussions about what smartphone people should jump to.  I've seen people argue for everything from iPhones to Blackberries (Right when they were dying).  It's always interesting to see why people choose the phones they do, but I do think that each phone (iPhone, Android, Windows Phones, etc.) serve their own purposes.  So with the announcements of the new iPhones, Android phones, and Windows phones, I figured I would make a short guide based on my observations for this.  As a couple of notes: I have owned multiple iPhones, Android phones, and of course the classic flip phones.  I've used Windows phones and Blackberries that friends have, and have of course looked into each of these based on my needs.

Let's start with the one that everyone knows: iPhones.  I'm going to be blunt here: iPhones, while gradually becoming more powerful devices, are still not the most "powerful" phone as far as hardware goes.  Yes, they run well, and they hide a lot of things for you to make it easier, but deep down I find they have various flaws (I still cannot receive group messages from my family, who all use iPhones).  They are very intertwined with their ecosystem as well, making it a huge pain to use a Windows computer with an iPhone.  This of course means that if you really need your Windows computer to play nicely with your phone, I would not recommend an iPhone, as it just will not meet your needs.  On top of this, if you need the ability to modify your phone, or are interested in the upcoming virtual reality developments for mobile devices, again, I would avoid iPhones, simply because they do not support any of this very well.

That said, there are still plenty of reasons to get an iPhone.  While behind the scenes they may be a bit of a mess at times, they are incredibly simple to use.  If you are not a technical person and computers scare you, Apple has gone above and beyond in usability, and you really cannot beat them.  Android is getting better, but I still run into technical issues with my Android phone, and I am skeptical that it'll magically get better with Android 6.0 (Marshmallow).  This of course is especially important if you are running around trying to do other things, and don't want to worry about what is wrong with your phone.  iPhone's tend to "just work".

They also are good if you plan to try and make money from app development.  Android's store, while filled with apps, really doesn't see a lot of purchases being made.  iPhone users tend to buy apps more often, so if you plan to do a hard price for them, or add in-game items, it would probably be best to get an iPhone so you can target it for development instead.  As a user, this also means higher quality apps.

Overall, iPhones are a great stable platform, and are very easy to use.  They are most certainly not future proof, and will most certainly lack the "latest and greatest" features (Sorry guys, Google had Google Wallet long before Apple Pay), but if you don't care about being at the forefront of technology, and really want stability, then an iPhone is the device for you.

Android phones have come a long way from where they once were.  They definitely have improved their usability from where they once were, and still remain the most powerful phones on the market, but they still lack in one area: Usability.  I've heard time and time again that Android phones "never have had issues" from users, and that they "have a great user interface now".  I'm sorry, but now that I am on my second Android device, and am still running into technical issues on it, I have to say that they do not "just work" like an iPhone does.  They are also severely prone to bloatware being installed (yes, I know there's the Nexus line, but that's just one type of Android phone), and can have some issues depending on the vendor. 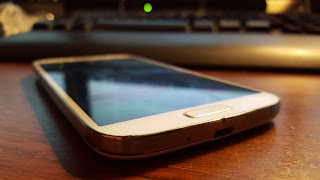 That said, I think if you are able to install and remove programs on a Windows computer, you will be fine with an Android phone.  The user interface is definitely much better than it was in past years, and it really has stabilized a lot more.  Android phones have one, giant advantage over all of the other phones: They are future proof.  I know people who still have phones from 4+ years ago, that are still to this day running fine and getting the latest version of Android.  My old iPhone 4S can barely keep up with the times, and that's barely at the 4 year mark.  On top of this, they tend to have a lot of really cool things built in.  The new Galaxy S6 for example can be used with an upcoming virtual reality headset called the GearVR, which will transport you to whole new worlds.

There are also a variety of ways you can customize your phone.  For example, you can have widgets on your home screen, to tell you what your data usage is, or how many steps you've walked, so you don't even need to open up an app.  This is extremely useful when you need all of your information at a quick glance.  You can also make your own apps, and send them to your friends, without having to put them on the app store.

Android phones, while a bit intimidating at first, are still fantastic phones.  They are highly customizable, and play very friendly with Windows, Mac, and Linux.  If you are a high performance user, and are comfortable with using Windows computers, you can easily use an Android device.  While you may run into technical challenges still, and the user interface isn't as intuitive as an iPhone, it's no more complex than a Windows computer anymore.  Just be prepared to spend a bit of time with it like you do on a computer, and you'll be fine.

This is a relatively new phone for the market compared to the iPhone and Android.  Originally, they were very lacking in features, and had a variety of issues.  As of recent however, Windows phones have stabilized quite a bit, and are quickly growing into an incredible set of phones.  If you are a Windows only type of person, these are the phone for you.  They generally have very incredible specifications (their cameras are some of the best on the market), and their app stores are much smaller, meaning that the potential for selling apps is better.

That said, they do still lack some features that the others have however.  For example, they do not have an Apple Pay or Android Pay equivalent.  Their specific music app is also lacking quite a bit behind, though Google Music is available for it still.  If you need a lot of common features found in phones though, I would be cautious buying a Windows Phone.

The Windows phone, while a solid platform, still has a lot of growing to do.  In some ways, this is good, as developers can help shape the phone's future.  But if you are a user who needs all of the normal phone features, you may want to avoid this.

Where to begin with BlackBerry.  This used to be the best phone on the market, but currently, I would highly recommend avoiding this phone.  They are currently switching their operating system to Android, but even with that they can't seem to even demo the phone correctly (forewarning, this video is cringe worthy).  There are a variety of issues plaguing it, and while you will be able to do what Android has, the price point and long-term support might not be very good if they stop doing phones.  That said, they do have the benefit of a physical keyboard, which if you are desperate for that still, might make it an okay option.  Overall, I would recommend avoiding this phone still however.